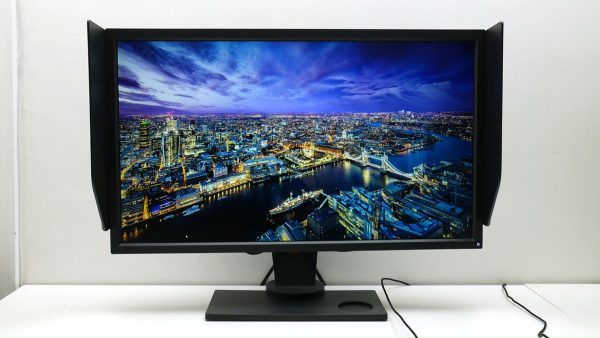 Is Dynamic Accuracy a game changer?

A while back I reviewed the BenQ Zowie XL2735 and found it to be a bit underwhelming. However, there was one feature I rather skipped over and which it turns out is the thing people are most interested in. So, for this video I’m going to revisit the XL2735 and test out that feature, which is called Dynamic Accuracy.

Now, I’m not going to recap everything else about this display so if you want to find out more then please head on over to my original review. Instead, let’s jump straight into looking at Dynamic Accuracy.

Which is actually easier said than done. You see, BenQ has been pretty vague about explaining what Dynamic Accuracy actually is, despite repeated attempts by me to get answers from them. What’s more, there’s no mention of the feature on the product’s box and there isn’t even an option to enable it in the monitors’ menus.

Instead, it turns out it’s an always on feature that you can only disable by going to the monitor’s service menu, which is accessed by holding down the second from right menu button while powering on the display then tapping that button again once the display has powered up.

So, what is it? Well it’s quite mundane, really. It’s just a backlight strobing setting for reducing motion blur, something that has been around for years and is available on several other monitors. In fact backlight strobing is just a form of black frame insertion, a motion blur reducing technique that has been around for ages.

As its name suggests, what it does is insert a black image in between each frame of video. And the reason this works is that when our eyes perceive motion they anticipate that movement and track along with it. So if you leave each frame up for its full length and then skip to the next one straightaway your eyes end up blurring the image. If you’re able to run at a fast enough frame rate this isn’t so much of a problem but even at 144Hz the brain can still end up seeing a slightly blurred image.

You can try this for yourself. If you head over to BlurBusters’ motion blur demo it perfectly demonstrates the situation. Or you can just grab a window on your desktop and move it left to right. Concentrate on something static behind the window and it looks sharp. Track the window, though, and it looks blurry.

But by inserting a black frame, you’re effectively shortening the time each frame is displayed for, greatly reducing this blurring.

This technique works for nearly all display types but is doubly beneficial for LCDs because by flashing the backlight off momentarily you’re not only reducing eye tracking motion blur but also masking the inherent problems with relatively slow LCD response time.

All of which brings us back to Dynamic Accuracy. And what BenQ has done is address two of the existing problems with backlight strobing black frame insertion. The first is that at lower refresh rates previous BenQ monitors would double strobe for each frame, resulting in a flickering look to the image.

With the XL2735 single strobing is now used with all refresh rates above and including 100Hz.

That’s an improvement but it still means this monitor will double strobe when used with 60Hz games consoles.

BenQ has fitted this display with a scorching 460nits backlight that then drops to 315nits when dynamic accuracy is turned on. In comparison most monitors are between 250 and 300nits without any blur reduction and can drop to half that with it’s enabled.

So that’s what Dynamic Accuracy is, but does it work? Er yes, it very much does.

In its default mode it’s not overwhelmingly impressive but crank up the display’s AMA overdrive setting to Premium and this display comes to life, providing the single best gaming experience I’ve ever encountered.

The image is absolutely rock solid and clear as day, with no smearing, flickering or any other obvious artefacts. And even if there are any slight oddities introduced by the high overdrive setting, they pale into insignificance given the sheer responsive feel of this display.

As a pure, high-speed FPS gaming monitor, it’s something of a revelation.

However, for all the sheer gaming performance this monitor provides I stand by my original overall assessment. To all intents and purposes this is a firmware updated version of the XL2730Z, a monitor that can be had for £200 less.

Factor in the below par overall image quality and lack of Freesync, let alone G-Sync, and you have a display that just doesn’t feel like good value. However, it still could. It should be possible for BenQ to release a firmware update that improves the baseline image quality, adds in the option to turn Dynamic Accuracy off (in turn adding back in Freesync support) and provides an easy way to adjust how Dynamic Accuracy works. Do that and maybe drop the price by £50-100 and you’re getting somewhere. As it is though, there are many other displays I’d rather buy instead.