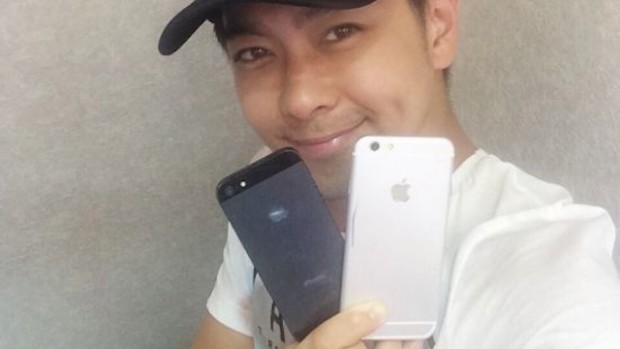 New images of the iPhone 6 have been posted online by Taiwanese celebrity, Jimmy Lin, who previously leaked the iPhone 5C.

The images show Lin holding the phone alongside an iPhone 5S, clearly showing how the two designs differ, and how much larger the new device is.

The overall design is more akin to the iPad mini, with a rounded edges to its brushed aluminium chassis.

Also clearly visible is the new side-mounted power button, which appears on the right edge. It actually looks a little too far up the side to make it easy to reach but we’ll have to see.

Overall, though, the phone still retains its signature style with the silver-ringed Home Button still sitting below the centre of the larger 4.7inch screen.

The back is also split up into different section again to allow it to be used as the wireless antennae.

Like the iPhone 5S, the headphone socket is on the bottom – we’re not fans – where it sits alongside the Lightning port and the holes for the mono-speaker.

There isn’t a clear image of the top edge but previous leaks showing the same chassis design show that there isn’t much up there.

The iPhone 6 is expected to be launched around September or October this year. 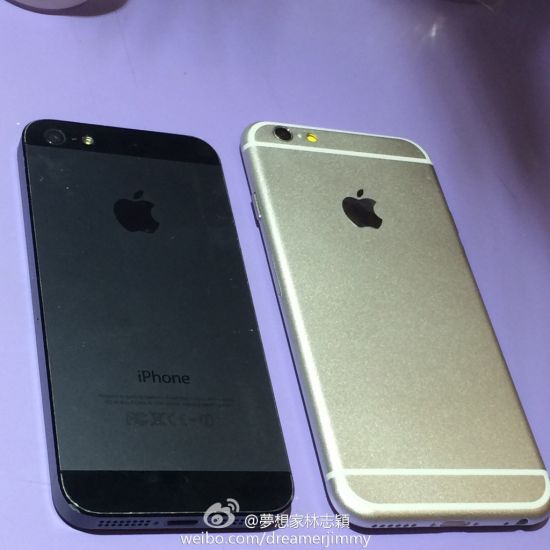 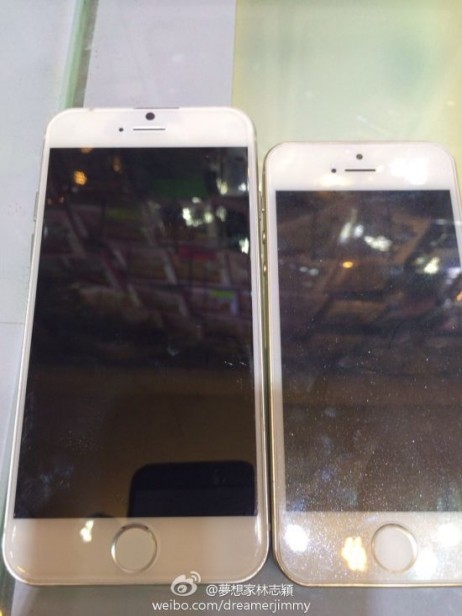