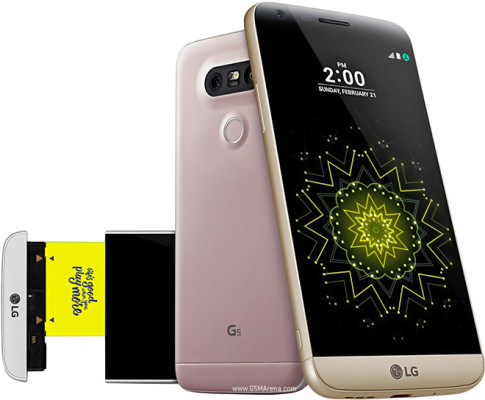 LG has tried all sorts of intriguing ideas with its flagship phones over the last few years. We’ve had curved ones, ones with buttons on the back, and even self-healing phones. This trend is continuing with the LG G5, which is the first modern high-end phone to offer true modularity.

Slide the bottom off this phone and you can swap out it out for another. So far there are two announced modules: one with a larger battery, hand grip and hardware camera button and another made in collaboration with B&O that includes a high quality DAC with support for 32-bit audio.

It’ll be interesting to see if these catch on and just how well they’re supported it they do as LG really could be onto something here.

Elsewhere there are key forward thinking features, such as the inclusion of USB Type-C. In contrast Samsung has stuck with microUSB for the Samsung Galaxy S7. The logic of why not to use Type-C is clear – it’s still not widely known about or supported – but it certainly for users who like the latest and greatest it seems a backward step.

However, one area where the S7 scores a hit against the G5 is that it’s waterproof. It may only be to 1m for 30m but that could prove crucial if you drop your phone down the toilet or in the bath, and it does open the phone up for use in a host of more extreme conditions.

The LG G5 does, though, include a microSD slot so easy storage upgrades are an option. What with the removable battery that’s quite a lot of tweaking potential for a unibody metal phone.

The final couple of standout features of this phone are its rear-mounted fingerprint sensor and buttons and its cameras.

The former are positioned so that your forefinger interacts with them rather than your thumb. It’s a sound theory though I’ve never really found it more convenient and it makes compatibility with certain styles of case more difficult. 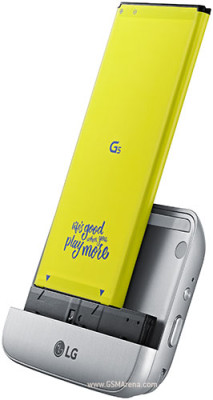 As for those cameras, there are in fact three of them. The primary one is a 16MP unit with image stabilisation – all fairly typical – while the front one is a touch more outstanding thanks to it being 8MP, rather than the usual 5MP.

However it’s the second rear camera that’s what really sets this phone apart. It has an 8MP sensor and a whopping 135 degree viewing angle, wide-angle lens. That compares to the more typical 70-75 degrees for normal phone cameras.

This is potentially a great idea as it will make it possible to use your phone to capture ultra-wide landscape views, fit that whole tall building in one shot or make big group shots a cinch.

It’s actually something I’ve been wishing some would do with the tough/action camera format for a while now. Take what’s so great about the Go Pro – simple, fixed, good quality wide angle – but add in a second lens with a more usual focal length for portrait and general photography. Anyway, I digress.

Otherwise this is a fairly typical looking phone, with its 5.3in quad-HD AMOLED screen that should be more or less the equal to the Samsung Galaxy S7’s. It also has the same Qualcomm MSM8996 Snapdragon 820 processor and its normal battery is 2800mAh – near enough the same as the S7’s 3000mAh unit.

The proof of the pudding really will be in how good that second camera is and how useful those modules prove to be.