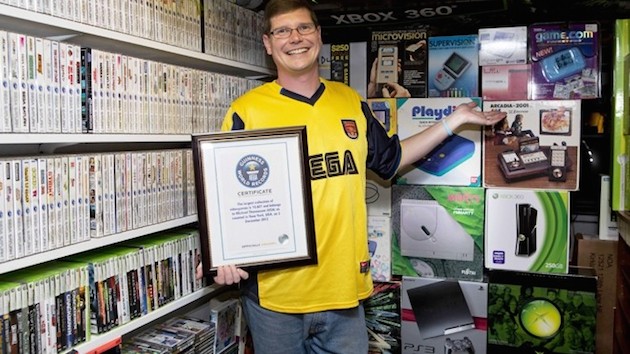 Thomassen amassed the collection over 20 years while having owned and worked in several independent games stores, where each time a new shipment of games would arrive he’d skim one off for himself. Because many of these were the best looking example he could find he claims the collection is largely in mint condition.

The reason Thomassen is selling off the the games is simply to raise funds and, quite probably, just because he’s had enough.

The collection is being auctioned on Game Gavel. Bidding started at $1 but has already reached over $90,000.