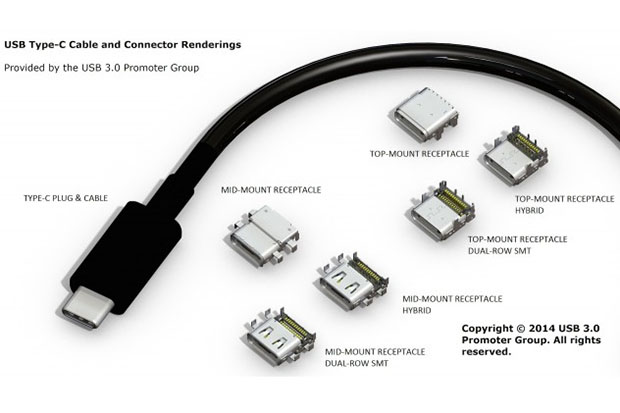 The latest evolution of USB has been announced – USB Type-C – and it brings with it a step change in the connection standard: the plugs are now reversible – no more fumbling around to get the plug the right way round. It’s also faster and can deliver more power. However, there’s also a problem.

But first, the good stuff.

USB Type-C, which should be arriving in new devices within the next year, is a completely new design for USB that is intended to replace both the computer side and the device side of the connection. In other words, rather than having USB to microUSB cables like we do now, the intention is for both ends of the cable to be identical.

Obviously it will take some time before laptops and other computers are equipped with these new types of sockets so in the interim we will have to have USB to Type-C cables but long term that’s the plan. 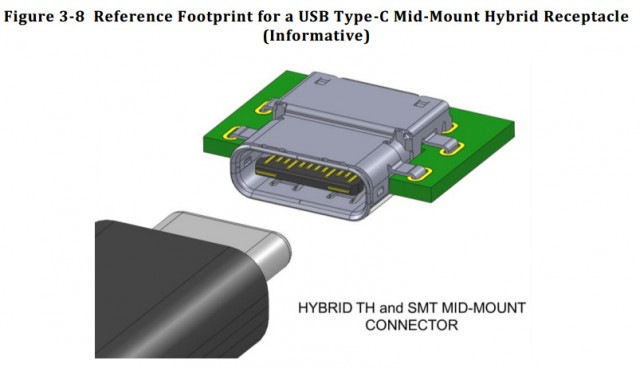 To this end the new standard is universally small, coming in at around the same size as the current USB 2.0 microUSB standard. This should mean it’s appropriate for phones, though there may be an extra delay there given that microUSB is the mandated standard in several countries (not that it’s stopped Apple using its Lightning connector, mind)

The new standard will also incorporate the latest increases in rated speed and power delivery that were ratified in the USB 3.1 standard. Successive generations of USB have jumped from speeds of 12Mbit/s and power output of 500mA (USB 1.1) through 480Mbit/s and 1.5A (USB 2.0) and 4Gbit/s and 1.5A (USB 3.0). Now, the latest standard can deliver 10Gbit/s of throughput and a current of 5A at up to 20V.

The latter point means the new standard will be able to deliver 100W of power. That’s enough to charge laptops and power large peripherals like monitors.

USB 3.1 will also be implemented in the existing full-size USB A style format, with it just using more pins to deliver all the extra performance. As well as the standard four pins of the original USB standard there will be five more for the extra throughput.

But the most notable thing about USB Type-C is it will be reversible. With pins on both sides of the plug the connection simply uses whichever set is on the correct side for the way round it is plugged in.

Apple, amongst others, is also working on a new reversible normal USB plug, which simply uses a clever hardware trick to allow a plug to fit in both ways round in a normal USB A socket. However, this isn’t a new standard so we’ll have to wait and see how that turns out.

Well, yes, for the most part USB 3.1 Type-C looks like it should be a very welcome step forward for the technology. However, there is an area where the designers have slipped up: ruggedness.

Most people really cottoned onto the idea of a reversible plug around the time Apple brought out the Lightning connector for its iPhone 5. Instantly people realised how all previous solutions were clunky in comparison.

But the key is that there were actually two aspects to that connection that really made it standout. One, was of course the reversibility but the other was how tough it is.

In contrast, Type-C uses a configuration that’s more like the current microUSB, where the socket uses a thin steel shell protecting a plastic tongue in the centre, on which are mounted the pins. The plug then is hollow, a bit like a very squashed tube. The result is that both are considerably more delicate.

Time will tell exactly how much or little of a problem this will be but certainly given the number of issues users have had with the microUSB sockets of phones breaking it’s definitely a concern.

Still, USB 3.1 Type-C is a big step forward and something to keep an eye out for in the months ahead.