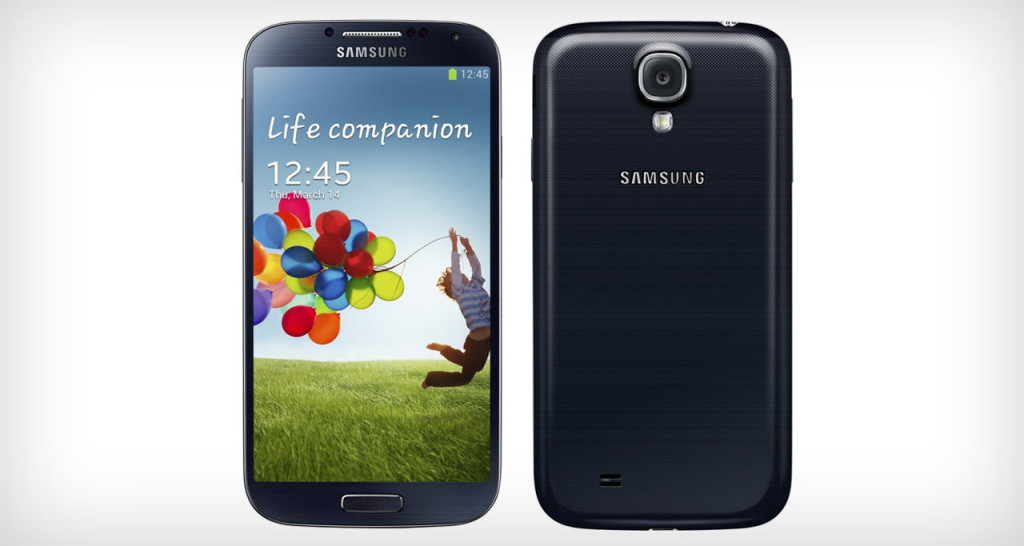 A year on from release how does the Galaxy S4 stack up in today’s smartphone market? Let’s take a closer look.

If there’s one single thing that still lets the Samsung Galaxy S4 down it’s its design. It’s both the ugliest phone of its generation and class and the least practical in terms of ergonomics – the HTC One, Sony Z1 and iPhone 5S and their successors all look and feel much better.

In terms of style, the underlying design is actually perfectly fine – it’s just a big black rectangle with a silver trim – but it’s in all the little details that Samsung has slipped up. The first no-no is the speckled silver pattern used on the bezel and back cover. It just looks naff – plain black would’ve done fine.

The choice of a gloss finish to the back is also a misstep. It makes it very slippery while not even having the scratch resistant properties of a glass back. Perplexingly, even now you still can’t get a replacement back cover with a nice matt black finish, though you can get one with a an aluminium plate in it and one with a faux leather finish. Did I say naff?

One thing that has proven to be less of an issue in use is the choice of a faux metal band around the edge of the phone. While it may seem naff it actually looks pretty good and has proved to be a good impact absorbing material to reduce the risk of cracks – my phone has taken at least half a dozen big knocks and only the plastic trim is dented.

I’m not done with the problems, though. Perhaps the single biggest issue with this phone’s design is its buttons.

I can just about get behind the idea of wanting a physical home button, though I get on just fine with the onscreen buttons favoured by most other Android phones. However, the touch buttons that flank it are utterly bothersome. They leave no room on the bezel to actually place your fingers, meaning you’re forever accidentally pressing them.

In over a year of use I still find it a regular annoyance, particularly when trying to take a photo. Speaking of which, I think all phones these days should have camera buttons – they make snapping a photo so much easier, if done well.

Another bugbear is the speaker. It’s a mono unit mounted on the back so it’s easy to accidentally muffle it and you have to cup your hand behind it sometimes to project the sound back towards you to hear it. It’s a far cry from the front-facing stereo speakers of the HTC One, HTC One M8 and Sony Z3.

At least the headphone jack is where it should be – up top – and the microUSB socket is also conveniently placed on the bottom rather than on the side.

Moreover this phone’s big trump card is that you can of course remove the backplate to reveal both a replaceable battery and a microSD slot. These open up all sorts of possibilities for extending the life of the phone and increasing its storage for relatively little cost – a spare battery is only about £20 and a 64GB microSD card is £25. The phone comes with 16GB of memory built in, which is plenty enough to get started.

One final design aspect to consider is waterproofing or the S4’s lack of it. At the time of the Galaxy S4’s release waterproofing was still a very rare thing however Sony has added the feature to several of its most recent phones and indeed the Samsung Galaxy S5 has some limited waterproofing too.

I consider this such a useful feature – for both accident survival and for phone use in wet conditions – that I’d personally not consider a phone without it now but obviously when key rivals such as the iPhone 6 still don’t have it may be less of a key consideration for others.

If its design is its single biggest weakness, its screen is the single greatest feature of the Galaxy S4. Along with its successor, the S5, it’s still the best screen in its class. The Samsung Galaxy Note 3 is even better but that’s a bigger phone so isn’t quite in the same class.

This is down to its use of AMOLED technology, as opposed to LCD. It just has so much of a better black level that films, photos and everything else just look dazzling.

Previous AMOLED screens suffered from overly saturated colours that gave everything a radioactive look plus they looked more grainy for any given resolution thanks to their use of PenTile sub pixel arrangement. However, both these issues were fixed with the S4. It’s 1080p Full HD resolution eliminates any sense of graininess while better colour calibration options allow the user to dial in more natural colours.

There are only two areas where the screen falls down slightly. The first is its maximum brightness can’t compete with the best LCDs (iPhone and HTC One) so it can struggle a little in really bright conditions, but 90% of the time it’s fine. The other is that the automatic brightness detection is awful, with it seemingly only having two settings rather than a gradual response, plus it takes an age to react. It’s a definite annoyance though certainly not a deal breaker.

With it being an older phone now the S4 has obviously come down considerably in price with it available for between £200 and £250. Contracts haven’t dropped as much as might be expected – EE is still charging £49.99 up front on a £35.99pm deal – but deals can be found.

Frankly, given the modest upgrades for the Galaxy S5 we’d suggest many people would be better off saving their money and getting the S4 instead – it has very similar performance in all the key areas. The only major differentiator is the modest waterproofing on the new phone.