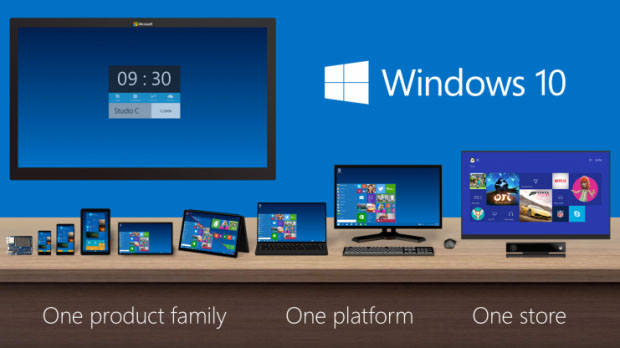 Microsoft has announced the latest version of its Windows operating system and revealed it will be called Windows 10, not Windows 9.

The new software will be very similar to the much-derided Windows 8 in look and feel but will see a number of key enhancement primarily aimed at improving the user experience for traditional desktop PC users.

These include the return of the Start Menu – removed in Windows 8 to be replaced by a screen-filling Start Screen – multiple desktops – a favourite recent addition to rival Mac OSX – and the ability to run Metro apps in windows on the desktop. The latter are the touch-friendly style apps designed to integrate with Windows 8’s Start Screen and which previously only ran in fullscreen mode.

Windows 10 will also replace Windows Phone, giving Microsoft a single OS across all its devices.

“We’re delivering one application platform. One store, one way for applications to be discovered, purchased and updated across all of these devices,” said Windows boss Terry Myerson.

“Windows 10 will be our most comprehensive platform ever,” Myerson added.

A Windows 10 Tech Preview will be available to download from tomorrow, allowing users to test the software for themselves up until it is finally released some time after April 2015.