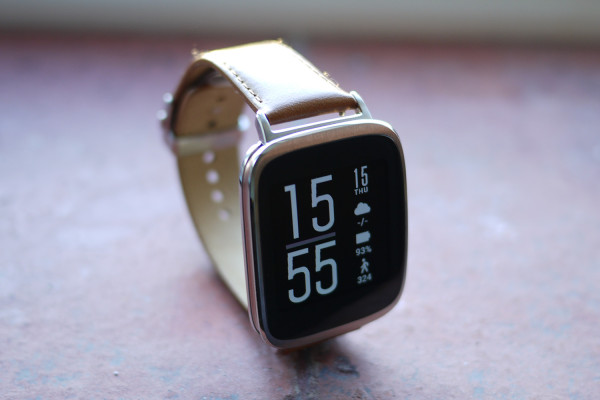 A good looker but a poor performer

The Asus ZenWatch is a smart watch running Google’s Android Wear operating system. It sports a 320 x 320 pixel AMOLED screen and has a battery that lasts about a day and a half.

It’s one of the better looking Android Wear watches with a well thought out design that doesn’t worry too much about looking like a conventional watch but embraces the features it has.

A brushed steel body is joined by a tan leather strap a brown flash round the edge of the housing to create a look that’s classic yet a bit different.

It’s relatively slender too and is comfortable to wear, though we did have an issues whereby the watch face tends to watch to face away from you.

This is due to how the strap mechanism is adjusted, with the metal section being lopsided if you wear it short.

That alone isn’t a big deal but combined with the ZenWatch’s one major flaw and it makes for a frustrating experience.

You see Asus has chosen not to put any sort of button on the ZenWatch (okay, there’s one on the underside but that’s mainly for resetting the phone). As such you’ve got to tap the screen to do anything.

This wouldn’t be so bad if the battery lasted long enough that you could afford to have the watch keep its screen on all the time – at least you can always read the time then – but as it is it means you have to tap the screen even to read the time.

That’s not so bad if your hands are free and clean but add gloves, suncream, bags of shopping or a camera into the equation and it becomes a bit of a bind.

Then there’s the fact that Android Wear, despite some recent big improvements (Aug 2015) is still clumsy. Moving around the touchscreen interface is not particularly intuitive and far too much swiping is required to do basic things.

Thankfully the recent update has vastly improved the general feel of scrolling but there are still plenty of occasions where you accidentally swipe the wrong thing into view or close an app when you meant to go back to the home screen.

Moreover, much as with the Apple Watch, there’s just not much that you can do with these watches at the moment. Playing/pausing music is not well enough integrated to be much easier, navigation via the little onscreen arrows just doesn’t compare to looking at the map (one area where the Apple Watch’s implementation excels thanks to its minimap) and all the other guff like being able to write on the screen is quickly forgotten.

There is one useful feature, though, which is the ability to quickly check whether an alert is worth your time. It’s quick and easy to quickly read through a message and know whether you’ll need to pull out your phone.

All of which brings us to the key failure of every Android Wear smart watch and the Apple Watch, and that’s battery life. You’ll comfortably get a day and a half out of the ZenWatch from a full charge but that’s still not enough.

Until we’re at least at the stage we’re it’s only every other night that you’ll need to charge it – i.e. a safe two day life – then I just don’t care enough about what these devices bring to bother charging them every night. And realistically I wouldn’t recommend anyone invest until you only have to charge twice a week.

What’s more, in this instance, the ZenWatch makes charging that much more inconvenient because the cradle you have to push the watch into is rather awkward and stiff to put on and the watch just ends up lying awkwardly, trailing its cable all over your bedside table.

At the very least, if you’re going to get a smart watch like this, get one that a nice tidy charging stand to put it on.

Verdict
Asus has succeeded in creating one of the nicest looking smart watches of its generation but has slipped up on not including a physical button to activate the device and its charging dock it awkward. With battery life being short enough you’ll need to charge it every night, that’s a major annoyance.

Add in that Android Wear is still not that useful and we’d recommend you spend your money elsewhere… and when we say elsewhere we mean not on a smart watch, at least not an Android Wear or Apple Watch.