Google has just released a new Android Camera app that’s free to download from the Play Store for any phone running Android 4.4 KitKat or later. I’ve taken it for a spin to see how it performs compared to the previous standard Android camera app and several others that are available, including the standard Samsung Galaxy S4 camera app.

The first thing you notice with this new app is that Google has stuck largely with the clean design ethic of the previous Android camera app. After briefly appearing for a moment to hint at where they can be found, the main menu controls disappear off screen leaving just the shutter button (which will either be black if the camera aspect ratio is 4:3 or semi-transparent if 16:9) and the ‘…’ that signifies the settings menu. 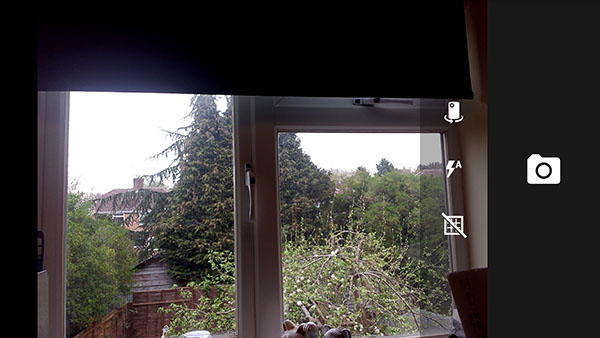 Tapping the settings menu brings up options for turning on a guidance grid, toggling the flash and switching to the front camera. Just tap on the image to choose your focus point or let the autofocus do its thing. 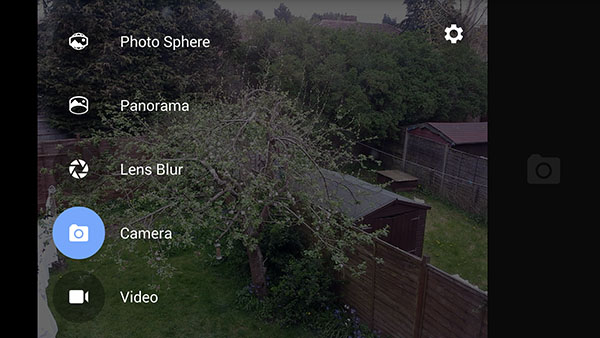 Further options can be brought up by swiping in from the left edge. Here you can access the photo sphere mode, panorama and lens blur modes, as well as select the normal camera and video modes.

Also here is – and it took me quite a while to notice this leading me to initially believe the camera was overly simple – the proper settings menu. Tap the little gear in the bottom right corner and you can access the options for settings resolution and image quality, toggle location tagging, and turn on manual exposure control. On the Samsung Galaxy S4 the only manual option is a basic exposure slider but it’s a crucial addition for the more enthusiastic photographers out there.

Heading back to the main screen, swipe in from the right and you can access the pictures you’ve already taken. Like with the previous official Google camera app, pictures are stored in a different location to those of the Galaxy camera app so you won’t see your whole gallery of images when first using this app, which you could see as a good or bad thing. One things for certain, this app is not designed to be the main route for viewing photos as the only view is a continuous side scrolling set of thumbnails of your last shots, with no options to view other folders of images. 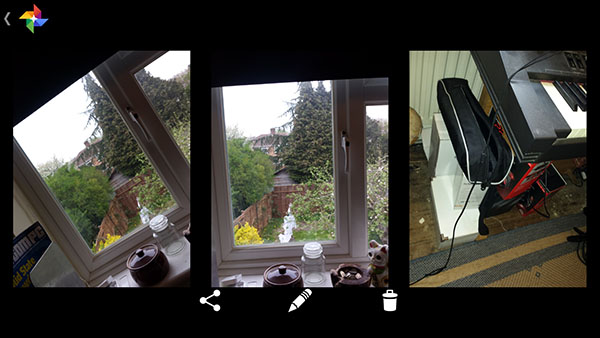 When reviewing images there are three buttons along the bottom of the screen which provide one touch access to share, edit or delete the image.

Tapping the share button brings up the standard sharing menu for your phone while edit similarly opens the ‘default action’ for editing images. 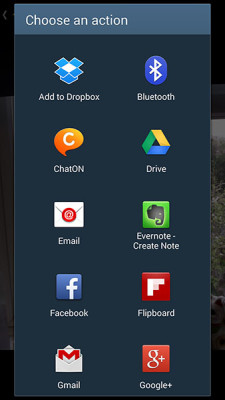 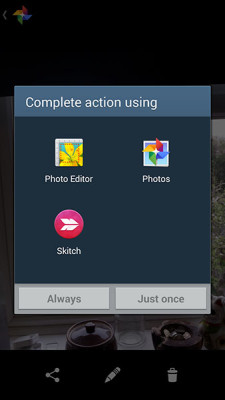 Overall the experience is pretty slick, though isn’t perhaps the most intuitive, with the reliance on being something that’s not made all that obvious. Nonetheless, the clean initial interface with its large shutter button and quick access to the capture modes from the left menu make for a very easy camera experience.

It’s pretty speed too, though obviously this will vary somewhat on what phone you’re using.

One thing we do miss is the visual autofocus cue of the Galaxy S4 camera app. It uses a small square to show where it’s focussing (default in the middle or wherever you’ve touched if you’ve tapped the screen). On this new app, although it also defaults to a central focus point and will follow your touch for other focus points, it is far from clear exactly what it’s doing.

What’s more when select a focus point, the app won’t also adjust exposure. So if you’re shooting something against a bright background and try to select the darkly lit subject the image will still be overly dark. This is a real shame as it severely limits the usefulness of the app for those that like to take a little more care with their shots.

Taking a closer look at photo sphere, it works pretty much like it always has, allowing you to stitch together multiple photos to create a 360 degree panorama. The experience isn’t as slick as the likes of the panorama mode on the iPhone 5S and the results are, well, variable but something a bit different. 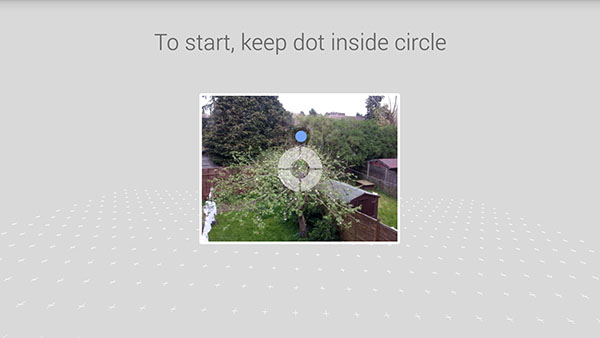 Likewise the panorama mode is rather ponderous affair, requiring the steady lining up of each shot rather than the smooth flow of the iPhone 5S mode. 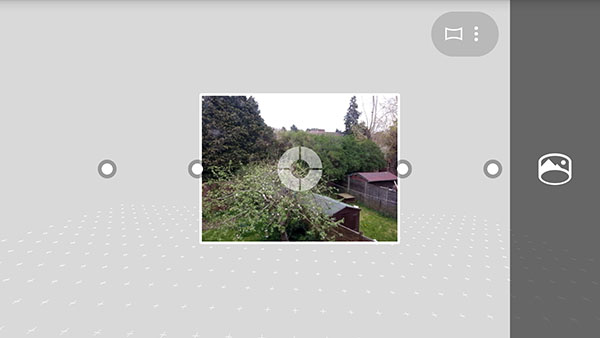 The most interesting new addition, then, is the Lens Blur. This pretend bokeh is the latest must-have feature with HTC even going so far as to add a second camera to the HTC One M8 to make the features work more quickly and effectively (it doesn’t really work). Here Google’s trick is to have the user take a photo then slowly raise the camera a small amount. This allows the phone to get a sense of the depth of different objects – just as the second camera on the HTC One M8 does – so it can then apply a software filter to blur out the foreground and background. 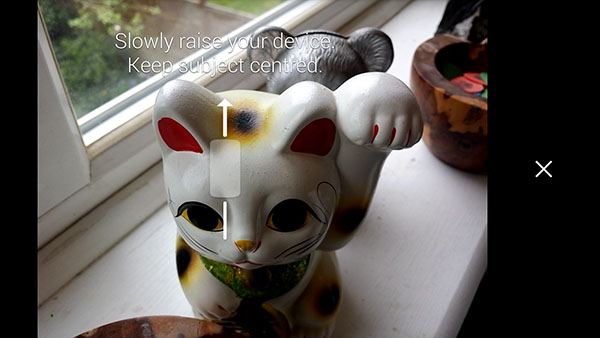 Just as with all these other software based bokeh effects the results are very mixed. With what we thought would be a fairly easy test the algorithm failed to correctly track the edge of the beckoning cat, resulting in an in-focus halo around its head. 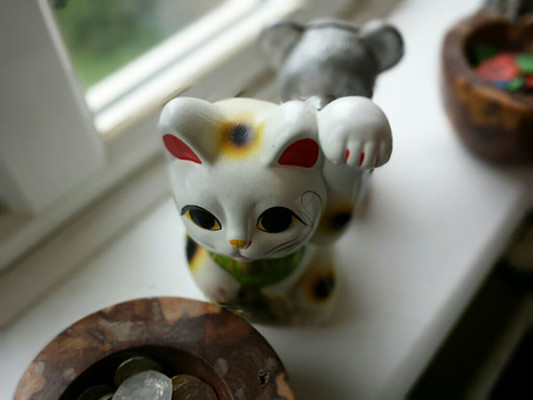 Overall then the Google Camera App is a definite improvement over the previous Google effort and I could certainly consider using it as my default one. However, it certainly isn’t quite the camera app to end all camera apps, with the long standing more option-heavy alternatives still being the best for tinkerers and the inbuilt effects being not quite reliable enough or easy to use for novice users just wanting a quick trick.

Still, it’s free so you might as well give it a try.