Microsoft has, for the first time, shown off how Windows 10 will look on phones and tablets. 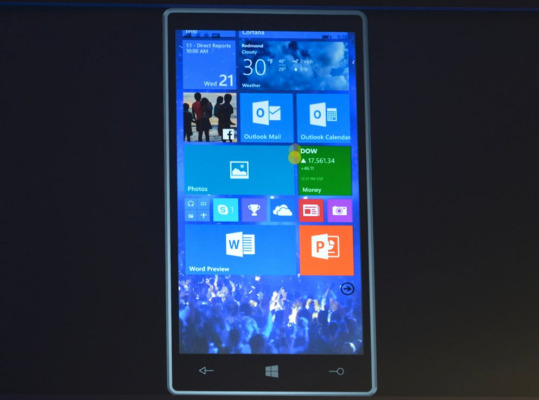 Windows 10 will work on the same code base across phones, tablets and PCs so share its interface and allow for apps to run on all these systems.

These apps will be called Universal Apps and they will seemlessly switch from being optimised for one screen type to another.

This is also the first release of Windows Phone to drop the ‘Phone’ part of the name, with Microsoft instead just referring to Windows 10 for all devices.

Windows 10 for phones will be arriving later this year but those that want to try a beta version will be able to download a technical preview from February.