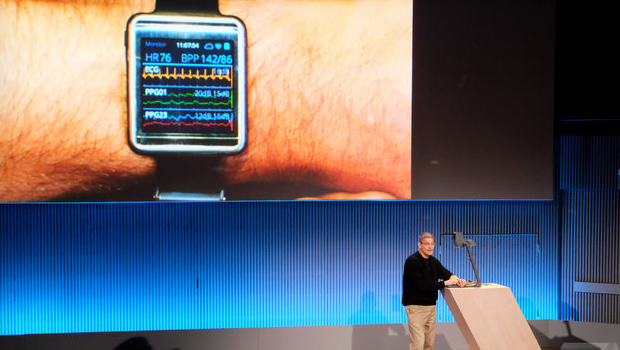 The platform incorporates software, hardware and cloud service elements and will allow the likes of monitoring devices, smartphones and smart watches to interact to keep us in tip top condition.

An image of an example watch called the Simband showed at the unveiling suggests the type of bodily functions that will be incorporated into the tracking technology would include heart rate blood pressure, blood oxygenation and ECG data.

Samsung also suggested the Simband would have a revolutionary method for staying charged, allowing you to wear it all the time.

This demo watch isn’t final hardware but rather a demo device but it is clearly something Samsung is working towards.

This announcement ties in with a general push towards health and home monitoring as the next big technological push with Apple expected to incorporate health monitoring apps in iOS8 and the likes of the Nest smart thermostat being recent big hits.