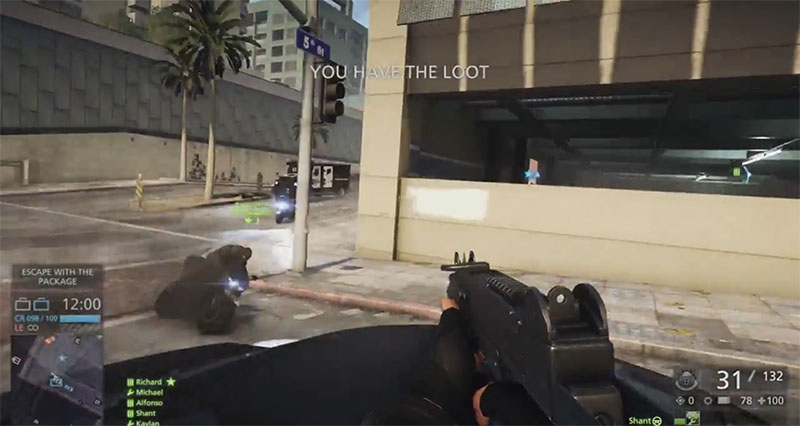 A new Battlefield 4 mod called Battlefield Hardline has been shown at E3 and it looks like great fun!

Like Battlefield 4, the game revolves around two opposing teams fighting on foot as well as using a variety of vehicles including helicopters to play out a cops and robbers heist scenario.

Players on the crook’s side have to break into an armoured car and steal its contents then use whatever mode of transport they can to get away.

In the spirit of Battlefield 4, the idea is that no man can go alone as all the various troops and vehicles have their strengths and weaknesses.

There are several moments where BF4’s building destruction comes into play, with cranes and bridges collapsing, and other scenery is breakable too. The crane and bridge do feel scripted, just as with the skyscraper collapse in BF4 but it’s impressive nonetheless.

It’s not clear from the trailer whether other scenarios will involved more static objectives, such as a safe in a bank

The game is in closed beta at the moment, with players able to apply for a code here while the full release date is 21 October.