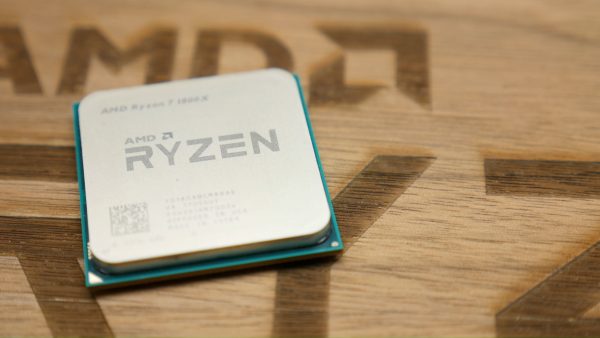 Ryzen delivers, but should you buy it?

AMD is back! After years producing CPUs that simply couldn’t compete with the best from Intel, the new AMD Ryzen range finally provides the performance, power consumption and price that will bring true competition back to the CPU market.

But before we get ahead of ourselves, let’s recap. Ryzen is the company’s new brand of CPUs. Like Intel has Core and Pentium, Ryzen is AMD’s new equivalent.

It’s the debut of AMD’s much anticipated new Zen micro-architecture, which brings a host of performance and power saving upgrades over AMD’s previous chips. Now, we’ve heard such claims before from AMD but this time they’ve actually delivered.

The main boost is in the number of instructions per clock that each Zen core can process. The company has managed to boost this figure by 52% compared to its previous architecture, making for a far more efficient design.

Ryzen also marks the first time AMD is able to offer simultaneous multi-threading, which is where each core of the chip can deal with two threads at a time, like with Intel’s Hyper-threading technology

Combined with a move to the latest 14nm manufacturing – an area where AMD has often lagged behind Intel – and this has allowed AMD to pack in way more performance than ever before, without creating monstrously power-hungry, hot or expensive chips.

Now, there’s plenty more to the Zen micro-architecture, which I may cover at a later date, but ultimately what matters is the end result, and right now that consists of three new chips, the Ryzen 7 1800X, Ryzen 7 1700X and Ryzen 7 1700.

All three are 8-core / 16 thread chips, and all three are multiplier unlocked for supposedly easy overclocking, which is a big plus point over Intel’s competing chips. Nonetheless, it rather begs the question of what the difference is between AMD’s new chips and how exactly does the new naming scheme work.

Well, the X refers to the XFR function, which is the last little bit of automatic per-core overclocking that’s available. All Ryzen chips will have some form of base clock speed and boost clock speed that affects all the cores, just like with Intel’s chips, but XFR is that last little push that can be applied to one core. On the X chips that boost can be up to 100Mhz, while the non-X chips get just a 50MHz boost.

As for the different numbers, they refer to the generation – so all these new ones start with a one, then the next digit gives a rough indication of overall performance and the last two digits are for other variations like clock speed. That seems to make sense but when looking at the three chips launching today I wouldn’t say it’s all that easy to get a clear indication of their performance and features from their numbers. Specifically, I’d expect all of them to be 1800 and something.

Regardless, what really makes the Ryzen launch so interesting is that AMD is bringing eight-core / 16 thread processors to a platform that stretches all the way down to the budget end of the market.

You see, Ryzen uses a new AM4 socket that launches alongside five new motherboard chipsets all of which can be used with anything from these high-end Ryzen 7 chips down to the upcoming quad-core Ryzen 3 chips, as well as the company’s upcoming new APUs. Yes, the Ryzen range is just a CPU with no onboard graphics.

In contrast, Intel tops out at four cores and eight threads on its mainstream LGA1151 platform, forcing users to invest in the more expensive LGA2011 platform if they want more power.

That’s a huge boon for AMD as it means you’ll be able to buy, say, a cheap AMD B250 motherboard and Ryzen 3 processor then if you find you need the extra horsepower you can go all the way up to a Ryzen 7 without changing anything else, other than maybe your CPU cooler. And that’s something you simply can’t do with Intel.

So enough preamble, let’s look at what really matters: performance and price.

Given that the two cheaper Ryzen processors are near enough the same price as the two rival Intel ones it’s clear AMD is hoping users will be tempted by that massive saving on the 1800X relative to the 6900K. Either way, there’s a good chance we could see quite a shake up of CPU prices.

But that depends on the 1800X actually delivering where it counts, and on that front it most certainly does.

In both single and multi-threaded workloads the 1800X does can beat the 6900K. And the performance is reasonably consistent too. There’s no app optimisation going on here. It’s just raw horsepower.

The lead isn’t much and sometimes the 6900K comes out on top but considering the AMD chip is half the price, it’s a clear victory. The only major stumbling block is memory speed. Right now Ryzen simply can’t deal with memory speeds above 2667MHz, which can hold back performance in a handful of situations.

When it comes to gaming, there are no such problems. The 1800X easily keeps toe to toe with the 6900K. However, it’s worth bearing in mind that when it comes to the vast majority of games, clock speed is still more important than multi-core performance, at least where maximum FPS is concerned. So, if you’re hankering after a 240Hz gaming screen and want the absolute maximum CPU performance to get the best from it, then the 7700K is still your best bet.

Instead, the 6900K and 1800X are chips ideal for those seeking massive CPU power for other tasks such as encoding video but which can also turn their hand to gaming and not miss a beat.

As for how the other two chips stack up, I’ve not yet had the chance to test them though given their specs, it seems clear that what you will get from them is excellent multi-threaded performance but single-threaded performance will suffer. So whether the Ryzen 1700 or the Core-i7 7700K will be your best bet will depend very much on the type of things you do.

As for overclocking, I didn’t have time to get stuck in before posting this review so will return with thoughts on that next time.
Even without the free extra performance of overclocking, though, what I can say for certain right now, is that the AMD Ryzen 7 1800X is the single best performance processor you can buy right now. It’s an absolute bargain.

What remains to be seen is just how well the rest of the Ryzen range will stack up and whether those with slightly tighter budgets will have as much reason to be excited about AMD’s return to form.